Aval Appadithan Movie a 1978 movie that encaptures so many struggles that come with being a woman in India. Here is my take on the movie.

When the Padma Bhusan Kamal Hassan acts in a movie he often steals the show. But Aval Apadithan is where Sripriya’s performance surpasses both Kamal Hassan and Rajinikanth, in this movie. They are not to blame because Sripriya’s Manju is such a complicated and well-written character. A black and white movie from 1978, has a deep story with female empowerment, is women-centric, and the hero is an actual decent human who doesn’t belittle women to make himself look cooler. This was unbelievable for me. Because this was not the Tamil cinema I grew up with. I was fascinated and inspired and proud.

Comparing this gem to what the movies have become over the years, am I angry? Beyond imagination!

How did Tamil movies go from that to what it appears to be now?

No woman-centric movies I mean no realistic women-centric movies can be seen nowadays. We are all not Nayanthara- we can’t walk in slow-motion with sparks flying around and feel empowered. That is not even closer to the reality of woman empowerment.

Heroines in movies are mostly reduced to caricature characters who are used only for songs and certain typical story beats. There will probably be no change in the storyline or main character’s arc if we remove the heroine’s character in movies. So are we only supposed to route for male characters in a movie? What does it mean for young women and girl children who watch those movies? Do they really have to wait for heroine-centric movies and biographies on female personalities every time for inspiration? Even those movies are mediocre because of too cinematic portrayals. Either way, the result is unrealistic scenarios to which the female viewers mostly don’t feel connected. Even if there is a strong female character in a movie, they are generally used as a plot device to improve the storyline for the main character who is a male. Having been used to these kinds of movies from childhood, was I shocked to know that this insanely great movie was made nearly fifty years ago? Beyond what I can put into words!

Aval Apadithan as the title suggests is a story about Manju. It is a commentary on her character and quirks, to be honest. Aval Apadithan roughly translates to She is like that. It means that Manju is like that-like herself. And we have to accept it. Manju doesn’t care if we accept her or not. Manju mostly doesn’t care about anyone or anything. She is true to herself and she is not scared of society.

Title card and its symbolism

The font appears in vertical form compared to usual horizontal writing. The letters are not in a proper line, they look a little deviated and scattered. And they appear at one end of the black screen as opposed to the usual centralized title cards. I don’t know if this was planned. But god, this beautifully symbolizes the core theme of the story. Yes, she is like that – different, not proper, and unapologetic.

Followed by that we see the three main characters’ faces. Sripriya’s Manju, Kamal’s Arun, and Rajini’s Thyagu. As the credits are seen, we hear Arun’s frustrated arguments which sound in echoes. He is talking about cinema.

He says “This is cinema. This is not the full picture.”

I felt this line was something directed at us. Though the movie may cover so many aspects of our society, it can never cover everything. As the opening credits end, the camera pans out to show another camera, behind which we can see Arun.

I perceived that as bracing ourselves for a sensible story coming our way.

In the very first scene, we see Arun shooting a semi-naked woman dressed like a Caberet dancer dancing to some western music. After this, Arun interviews the dancer, and this scene moves on to be a narration by Arun to his friend Thyagu and a worker in his ad agency Manju. As soon as the scene ends after Arun says, how the dancer doesn’t like to perform semi-nude but only does it to get the money that she desperately needs, Thyagu laughs out loud. Manju questions him – why? He makes fun of the woman’s ethics. But then Manju judges the whole ordeal. Manju calls out Arun for directing the film using the dancing women and their nakedness to earn. This is how the film starts.

Manju is a fearless art director working in an ad agency. She is straightforward. Especially when calling out men. The movie traverses through various conversations between Manju and Arun, and Thyagu and Arun. These are two stellar opposite conversations. If you ask me, the scriptwriter must have spent a hell lot of time sculpting the perfect version of so many dialogue-filled scenes. Because the dialogues in this movie are so hard-hitting.

To outline the story – this is Manju’s life. She meets Arun who seems like a decent guy. But she doesn’t trust him immediately. Because she is a woman with so many trust issues. She has been through a lot. Arun on the other hand immediately understands Manju is a person with trauma in her life which made her the way she is. Thyagu constantly mocks Manju’s confidence as something she does to attract men. He also constantly degrades women and the idea of equality. He is a proud male chauvinist and refuses to see the world the other way. The story is more or less the conflict of these three people’s ideologies and interactions.

Over the course of events, we see Manju open up to Arun. She against her own thoughts of wanting to be alone ends up bonding with him. She tells him about her past which is quite troubled. She has been through a traumatic childhood, family problems, and toxic relationships. She takes her time to tell Arun her past. And Arun doesn’t judge her. He sees her vulnerable side and still manages to see the courageous young woman she is. But Thyagu constantly belittles Arun for being so considerate towards a woman. He instead goes on to say women can never be equal to men. His idealogy is so maddening that his dialogues can make you feel sick. Rajini’s portrayal of Thyagu is remarkably good- he is easily hateable.

Arun is constantly juggling -he wants to take his time to explore his relationship with Manju. At the same time, he is also worried that Manju wouldn’t want to be with him. Given Manju’s impulsive nature his doubts about her feelings are always fueled. Manju – as much as tough she is, she still longs for someone’s love. She has never had that pure and unproblematic love. She wants to be with Arun and wants to trust him. But her past has taught her otherwise.

This endless confusion and confessions of Manju and Arun come to an end. To know if they end up together or not- it is better to watch the movie.

This movie’s premise might look like a love story between two complicated people. But actually it is not just that. This movie is about MANJU. Manju’s character goes on a cycle of events involving various people over the time. She goes through a lot of struggles and she is the victim of the people and the society. People always take Manju’s feelings for granted. On an important note, Manju has also been physically abused at a young age.

Let’s see one of Manju and Arun’s conversations: (Translated the conversation to English)

Arun witnessed Manju shouting at a coworker for touching her inappropriately. Later they have dinner together.

Here we can see well enough that Arun is not a misogynistic patriarchal man like Thyagu. Yet he still holds back and asks Manju to lay back at times. He understands that women have the odds against them. But he doesn’t understand why some of them fire back so hard. He tries so hard to be her saviour, but Manju doesn’t need a saviour. She needs someone to help her heal.

Let’s take Manju for example- she has been through not one but so many problematic things. So she has become a strong woman who never holds back while calling out men whenever they cross her. But still, Arun wants her to be humble while doing so when it is the men who take women for granted on so many things.

Thyagu finds himself at odds with Arun whenever he tries to understand Manju. Even though Thyagu has never bonded with Manju or knows nothing about her personal life other than the events that are narrated by Arun at times. Yet, he always generalizes women and is pretty judgemental.

Let’s see a conversation between Thyagu and Arun:

This is how their conversations go most of the time.

All three characters are diverse and complex. They do have some similarities but most of the time their conflict brings up interesting conversations. The premise is simple- Arun a naïve but forward-thinking documentary filmmaker meets a rebellious woman, Manju. They have this bonding over time and we see what makes Manju, Manju. This movie had me surprised and all I can say is to watch the movie to know whether these two end up together.

Aval Appadithan inspires young women to be unapologetically themself when society wants us to be a “good Indian woman”. 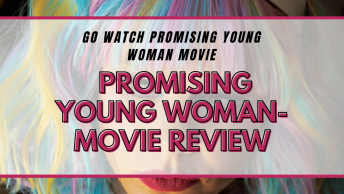