Gargi tells us exactly what to do!
2 comments
Share:FacebookTwitter

Gargi tells us exactly what to do!

Gargi is a 2022 Tamil movie that deals with the sexual assault of a girl child. The movie’s protagonist inspires us to be bold and do the right thing. Just a month after the movie’s release we see rape convicts being welcomed by women with aarathi. These convicts raped Bilkis Bano and killed her 3-year-old-daughter. They are also responsible for other rapes and murders.

I watched a Tamil movie called Gargi three weeks back. The movie was finely crafted. Gargi movie handled the sensitive topic of a girl child’s sexual assault in a mature way. The movie has so many hard-hitting dialogs and scenes. I honestly couldn’t sleep at night after watching the movie. The disturbing visuals of the assault made me cry and worry about my future children. I thanked my mother in my mind for keeping me safe. I have faced molestation in my childhood and it still haunts me. But I couldn’t even imagine what it takes for children who face sexual assault to come out of it.

This dialog of the victim’s father just makes me cry.

“I was her world. But now whenever I go near her she gets startled first. The incident made her see me as a man first and not her father.”

When a woman experiences harassment or any other assault, we tend to suspect everyone. And it gets hard to differentiate between the men in our lives and others. Because regardless of their relationship with us, they are still men. This is something I have felt true from interacting with so many female friends and acquaintances. It’s not about hating men but about not being able to trust them.

The visuals of the victim’s struggle and this kind of dialogue haunted me for a week or so. I couldn’t help but see the world for how ugly it really was.

But the climax of the movie with the twist and justice finally served makes you sigh. Not in relief. But in understanding what should be done.

From here on there are spoilers from the movie, so skip the article if you want to avoid it. The movie is available for streaming in the Sony liv app. Do watch it and read this article.

Gargi is the name of the protagonist played by Sai Pallavi. She is the eldest daughter of her family and she is a teacher at a school. Her mother is a homemaker, who runs a small business selling dosa batter. Her sister is a school girl around the age of 10-12. Her father works as a watchman in an apartment in the locality.

From the beginning of the movie, when Gargi interacts with her fiancé we can see a clear picture of how strongly supportive she is when it comes to protecting her family. We see a news announcement that the last convict of a girl child’s assault has been arrested after a month’s secret operation.

When Gargi heads come, she finds her dad has not returned and tries to get a hold of him. She hears that all security staff of the apartment was taken by the police for interrogation and her father was one of them. As everyone else was released, her father was held back. The police advise her to flee the city and that’s when she realizes her father was accused of being the final convict in the girl child’s assault case.

Thus starts the struggle of Gargi to prove the innocence of her father and free him.

Throughout the movie, there are many scenes where Gargi is put through so much ordeal just because she wants to help her dad who is not yet proven by the police as the convict. She doesn’t blindly take her father’s side. When she was just a girl, a tutor tried to take advantage of her. Her father who walks in gives him an earful and kicks him out. He protects her and asks her to be brave. This flashback scene provides us insight into why she trusts her father to go through all the difficulties.

Her mother’s business is not viable since they are socially banished by other people. Their house walls are defaced every day. Gargi loses her job at school. Yet Gargi tries her best to fight.

The court case is highly widespread in media which calls for unwanted media harassment as well. The movie sheds light on the media-controlled narrative of sensitive cases and how dangerous that could be.

Regardless, Gargi’s struggles are fruitful and she gets her father out on bail.

But that night she discovers the ugly truth when her father’s co-worker blabbers about something that happened that day. This makes her understand her father’s alibi was a lie and she realizes her father was part of the heinous crime. She is heartbroken and the next day when she takes her father to the police station for signing, she asks him what he did that day.

Gargi had already contacted the police, the judge, and other authorities about her findings and made sure her father is held accountable for his actions.

In the end, we see Gargi and her family celebrating her sister’s puberty function. (a celebration of a girl’s first menstrual bleeding.) We see Gargi moved on and other people attending the function showing how other people have accepted them back. The victim visits the function and we see the child’s face for the first time.

The movie ends with an amazing written song -Yathri

But the sad truth is most women are not like Gargi in reality.

When I heard about the release announcement of Bilkis Bano case convicts, I was not familiar with the case at all. It happened 20 years ago during one of the worst religious riots. Bilkis Bano a then pregnant woman was brutally gang raped.

Following the Godhra train burning incident, Bilkis fled with her 3-year-old daughter fearing riots and violence. She and her family members found took refuge in the chhaparvad district. On March 3, her family was attacked by 30 people. Among them were the 11 accused. Bilkis, her mother, and other women were raped and assaulted. Out of 30 Muslim people who came seeking refuge, only 3 survived.

Later her case was taken by the National human rights commission and the Supreme court. When the case was proceeding, Bilkis got death threats. In January 2008, 11 men were convicted of rape and other crimes. These convicts also killed Bilkis’s three-year-old daughter. The convicts were sentenced to life imprisonment.

This has caused uproar in India and so many people are sharing their condemnation. So many politicians are voicing out their concerns and so are many influential people. It is rumoured to be a political move because of the upcoming Gujarat elections and so many other things have been pointed out.

But I am not going to address those things here.

I was shocked when I saw a visual and it prompted me to write this article. I saw that the 11 convicts were welcomed by their family members and other supporters with garlands and sweets. This horrified and disgusted me beyond words. Some even got blessings from these convicts.

I was shocked and I couldn’t accept it at all. Were they sentenced for some noble cause? They were convicted of rape and murder. They murdered a 3-year-old child. And they were greeted with smiles.

What blessing did those horrific people give? Go rape and murder more women and children?

And then I saw it. A woman greeted them with aarathi. A welcome gesture!

I couldn’t process the visual, a woman with all smiles.

Those men were convicted and sentenced for their heinous crimes. And their sentence was wrongfully reduced. But they get a warm welcome from a woman.

We women should never forgive men in our lives if they commit such a thing.

Women shouldn’t forgive men nor accept them after they commit such a crime. It could be hard and our fucked up society can make you serve your men before serving the society. But it is not right and we women should be more unyielding. I would like to talk about Andha Naal, a 1954 Tamil movie where a wife killed her husband because of his ulterior motives against his nation. The woman’s patriotism came before her husband.

This should be an inspiration. No matter who the man is, if he commits such unforgivable crimes, a woman should be strong enough to put morals before him. They should throw him out of their life. If we women don’t support the cause of other women, then who will? This might be a difficult choice given our society. But welcoming rape convicts doesn’t do any good to anyone other than those convicts.

What kind of example are you setting for children in your own family?

What if something like that had happened to you? You see the convicts’ families welcoming them with garlands and sweets. Will you be okay with it?

This is not normal and it is time to stand against men and their political moves, which always tend to hurt women who did nothing to deserve what they get.

It was hard for me to address them as men in this article. Because they are not human. They rape a pregnant woman and kill a 3-year-old. They are monsters and we should all be Gargi when it comes to dealing with such monsters.

We need to stand up for other women and children by putting these monsters in their place.

Yaathri song which plays at the end of the Gargi movie is beautiful.

These lyrics are instructing us, women, to continue the journey.

We can’t stop, we need to keep going. 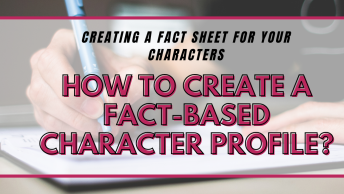 How to create a fact-based character profile? 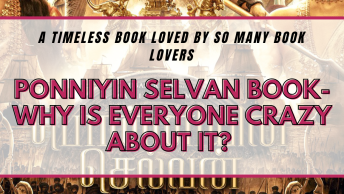 Ponniyin Selvan- Why is everyone crazy about it? 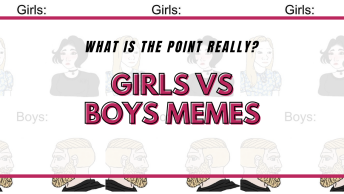 Girls VS Boys memes- What is the point really?